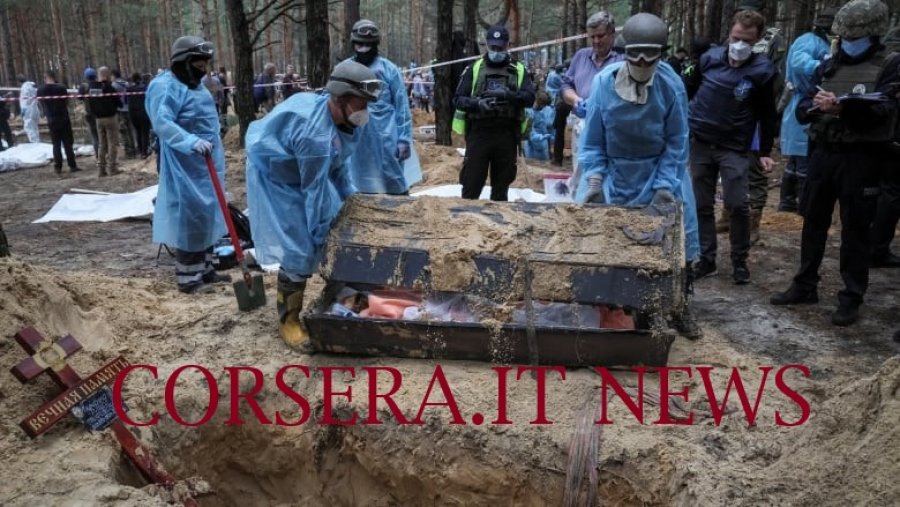 The people of Ukraine and the world “deserve to know how exactly those buried in the forest near Izium have died”, Marie Struthers, Amnesty International’s director for Eastern Europe and Central Asia said in a statement today.

“For every unlawful killing or other war crime, there must be justice and reparation for victims and their families and a fair trial and accountability for suspected perpetrators,” Struthers said.

Since Russia invaded Ukraine on 24 February, Amnesty International has documented a number of violations of humanitarian law by Russian forces, including unlawful attacks on civilians, residential buildings and civilian infrastructure, unlawful killings and other war crimes.

“Those who commit or order crimes under international law should remember: there is no statute of limitation, and justice will catch up with them,” Struthers said. “To ensure justice and reparation for victims, trials of those sspected of war crimes must adhere to international standards for fair trial.”