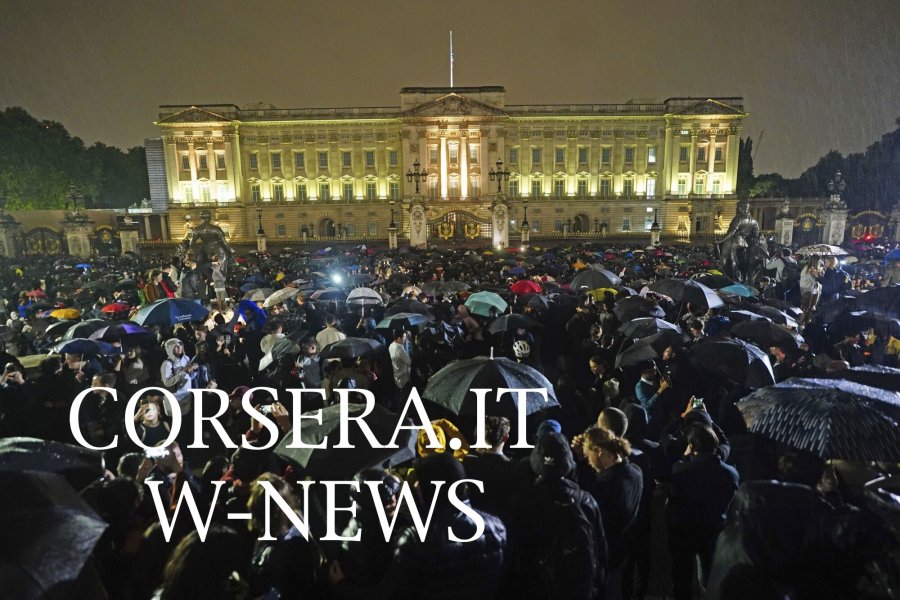 Dozens of bouquets of flowers have been laid beside the main gates to Balmoral estate, with well-wishers arriving on foot on Thursday morning to pay their respects despite persistent rain, some bringing their children before school starts.

Locals had started to arrive with flowers soon after it was confirmed on Thursday evening after that the Queen had died, parking on nearby verges in near darkness and heavy rain, as night fell.

The police have now imposed a 20mph speed limit on the A93 as it passes by the entrance road leading to the castle gates, closing nearby verges and erecting crowd barriers.

Dozens of television cameras, including broadcasters from across the globe, have been set up on the edge of woodland directly opposite the gates as they prepare for a somber day on Royal Deeside.

King Charles III and Camilla, Queen Consort, will travel back to London from Balmoral today as the nation enters a period of mourning for the death of Queen Elizabeth II.

The King will hold an audience with Liz Truss, the Prime Minister, and pre-record a televised address to the nation, which will be broadcast at around 6pm.

Bells will toll at Westminster Abbey, St Paul’s Cathedral and Windsor Castle, and gun salutes - one round for every year of the Queen’s life - will be fired in Hyde Park and at other stations.

There will be a service at St Paul’s Cathedral attended by Ms Truss and senior ministers.

The King is also expected to meet Earl Marshal - the Duke of Norfolk - who is in charge of the accession and the Queen's funeral, to approve the carefully choreographed schedule for the coming days.