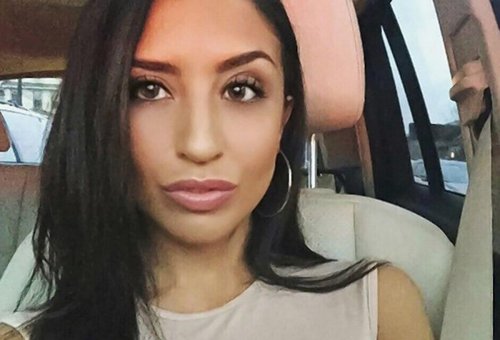 A distraught dad discovered his missing daughter’s strangled body near the remote Queens jogging path where the pair usually ran together, said police, who added she may have been raped.

Karina Vetrano, 30, was jogging alone Tuesday evening because her retired firefighter father was nursing a bad back, said Chief of Detectives Robert Boyce.

There were no arrests in the killing, and police don’t have a specific suspect in the case. Cops have spoken with two homeless people who may live in the nearby Gateway National Park.

“Right now we’re investigating anybody who uses this park,” the chief said Wednesday.

There was “possible evidence” that the killer sexually assaulted the victim, but Boyce declined to give any additional details about the heinous crime.

“Her pants were compromised,” a police source said. “They were not in the same position as when she left the house.

”Philip Vetrano, who reported his daughter as missing after she failed to answer several phone calls, went with police along the pair’s usual running route and came upon the murder scene around 11 p.m. Tuesday, Boyce said.

The father and cops first discovered the victim’s cell phone near a bike path, and her body about 15 feet away in the marshes near 161st Ave. and 78th St. in Howard Beach late Tuesday.