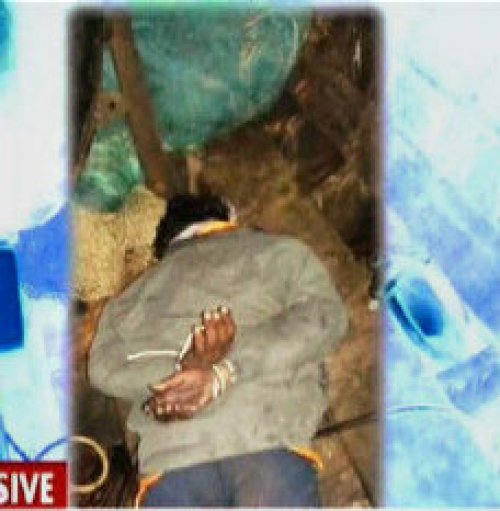 However, weaknesses in police manpower and training allowed the attacks to proceed, the sources said.

On November 18, the Research and Analysis Wing (RAW) intercepted a satellite phone conversation, in which a so-far unidentified caller notified his handlers that he was heading for Mumbai along with a certain cargo.

RAW analysts, however, rapidly determined that the apparently innocuous call was made to a Lahore phone number known to be used by the Lashkar-e-Taiba’s main military commander for operations targeting India, who is known only by the code-names ‘Muzammil’ and ‘Abu Hurrera.’

Mumbai Police investigators have determined that the call was made from a satellite phone that was eventually found abandoned on the Porbandar-based fishing boat Kuber, hijacked by the terrorists mid-ocean, most likely on November 19. The satellite phone also contains records of several other calls to Lashkar handlers in Pakistan.

Government sources said the RAW warning sparked a full-scale hunt for the merchant ship on which the terrorists had sailed from Karachi. The hunt was led by the Indian Navy and the Coast Guard. India’s coastal defence forces used global positioning system coordinates from the intercepted call to locate the general area in which the ship was located.

Based on the testimony of arrested Lashkar terrorist Ajmal Amir Kamal, investigators believe the terrorists hijacked the Kuber in order to avoid detection after they saw Indian patrols closing in on the area. Kamal, the sources said, has told investigators that some of the terrorists tied red ceremonial threads on their wrists to appear like Indian fishermen.

Earlier, in late September, Intelligence Bureau informants had issued alerts warning that a Lashkar unit was preparing to target the Taj Mahal Hotel. According to the sources, the warning, that was built on the testimony of arrested Mumbai-based terrorist Fahim Ansari, who told investigators in March that he had carried out reconnaissance operations at the Bombay Stock Exchange, the Gateway of India area and the Oberoi Hotels in preparation for an attack.

RAW, too, issued warnings that the Lashkar was contemplating hitting one or more hotels in Mumbai’s northern suburbs, including the Leela Kempinski.

Police sources said these intelligence warnings had led them to deploy personnel near major hotels in Mumbai, and hold meetings with hotel security heads. Parking instructions were introduced at the Oberoi Hotel, and circulars were issued to local businesses asking them to observe special security precautions. However, the restrictions were lifted a week before the attacks, after businesses and residents complained of inconvenience.

“We also removed the additional security,” a police source said, “because our manpower was stretched to the limit and the personnel we had did not, in any case, have the specially-trained personnel needed to avert a suicide-squad attack.”

Meanwhile, Mumbai Police sources said, the continuing interrogation of arrested Lashkar terrorist Ajmal Amir Kamal had allowed them to put together a coherent account of the mechanics of the assault.

Kamal has claimed that the Lashkar assault team, which trained in boat-handling tactics at the Mangla Dam reservoir on the border between Pakistan’s Punjab province and Pakistan-administered Kashmir, was trained to locate their targets on a high-resolution satellite map. If Kamal’s account proves to be correct, it would suggest there was no local support team in place to guide the attack — a decision that may have been made in order to ensure secrecy. A Lashkar team that landed near Mumbai last year was betrayed to Indian intelligence by its supporters in India.

The police sources said media claims that elements of the Lashkar team had checked into the Taj Mahal Hotel prior to the attack appeared unfounded, as did assertions that two of the terrorists were British nationals.

According to Kamal, the men travelled to a launching position on the Sindh coast, near Karachi, in groups of two. Each of the operatives had strict instructions to avoid personal discussions, and knew each other only by Arabic code-names.

Two suspects initially held on suspicion of guiding the fidayeen were found to be not involved and were released, the police sources said.