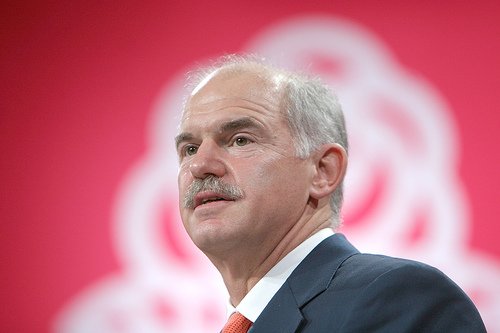 ATHENS, Greece (AP) -- Greek deputies are set to back more austerity measures Wednesday as thousands of protesters vented their anger against a bill that has to be passed for the country to get crucial bailout funds and avoid a devastating default on its debts.

Outside parliament, protesters are blaming the politicians for a financial crisis that threatens to ripple far beyond Greece's borders -- a Greek debt default could have huge repercussions in Europe's banking sector and stoke renewed turmoil in global markets.

involves euro28 billion ($40 billion) worth of spending cuts and tax increases over five years, must be passed by Parliament if international creditors are to release the next euro12 billion ($17 billion) installment of the country's bailout fund. An additional bill that details how the austerity measures will be implemented must also be passed in a vote Thursday.

The proposals by the Greek government have sparked violent protests in Athens as well as a rebellion inside the governing Socialist Party. Prime Minister George Papandreou has struggled to convince his party's deputies to back the bill. He replaced his finance minister earlier this month to assuage the concerns of some lawmakers.

The Socialists hold a five-seat majority in the 300-member legislature.

Hours ahead of the vote, it looks like only one Socialist deputy will fail to heed Papandreou's call to back the measures, suggesting that the bill will get at least the 151 votes needed for it to pass. Hopes that the bill will pass have seen European stock markets start the day off strongly and the euro jump towards $1.44.

Alexandros Athanassiadis, many of whose constituents are employed by the Public Power Corporation which is up for privatization, said he maintains his opposition to the bill -- but that he will likely be the only dissenter.

"I have not changed my opinion ... as things stand, I persist in my decision," he told The Associated Press. "I don't think (any other socialist) deputies will vote against. I will be the only one."

Athanassiadis said he opposes privatization of electricity and water companies, but supports the selling of several other state enterprises.

Wednesday's vote comes against a backdrop of violent demonstrations and on the second day of a nationwide general strike which has brought much of Greece to a standstill.

Protesters have vowed to encircle Parliament to prevent deputies from entering and voting for the bill. A massive security operation was under way to avert the blockade, with a large section of central Athens sealed off to traffic.

Scuffles broke out early in the morning as demonstrators attempted to block a major avenue leading to the center of the city, and to Parliament. Riot police responded with pepper spray, and 10 people were treated in a nearby hospital for minor injuries, hospital officials said.

Protesters converged on a car carrying communist lawmaker Liana Kanelli, but let it pass toward parliament because Kanelli said she would vote against the austerity package. However, someone in the agitated crowd threw yoghurt in her face. She wiped it away.